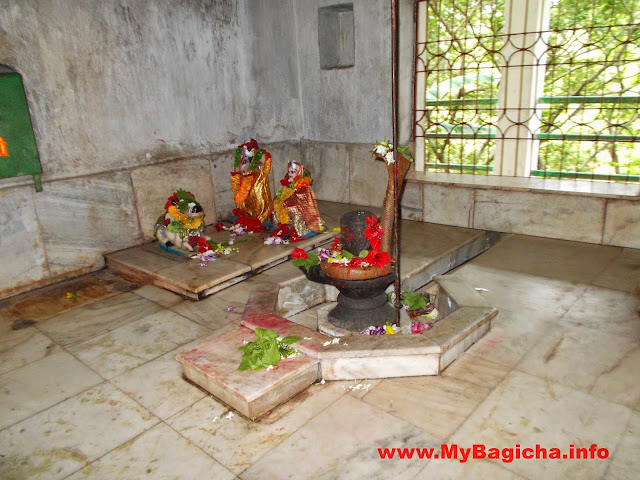 In the northern part of Chhattisgarh, there is a cave, which is known as Kailash cave, at a distance of about 29 k.m from the garden tehsil of Jashpur district. Kailash cave is situated on a hill, it is a dense forest, there is a lot of monkeys in this forest, but they do not harm humans, Kailash cave is full of natural beauty, the way to visit Kailash cave has become very good today. , A fair is held every year at Shivaratri on Kailash cave which lasts for two to three days, it is also called Chhota Baba Dham or a fair is held throughout the month of Sawan. From devotees water mass Lord Shiva component is Kanvr come hiking with.

It is made by cutting rocks in the mountain. Fountains and plants are expanding their beauty and charm. Sweet water is being poured here for visitors. Many people visit it daily to enjoy its architecture. Samarbar is telling its history located in the forest area outside the city and near the Sanskrit College. This is the second SANSKRIT MAHAVIDYALAYA in our country. This is h. Q is about 120 kilometers ahead of Bagicha. It is near Ambikapur at a distance of about 60 kilometers.

This cave has been located since ancient times, but due to being a dense forest at that time, no one knew about it due to being a wild animal. It is said that there used to be a lion in this cave earlier. Around 1985, Shri Rameshwar Ghira Guru Ji discovered this cave where he had also done penance for many years. Shri Rameshwar Ghira Guru Ji was a person with divinity, people still worship him. Ghira Guru ji and some of his companions later improved this cave to make it easy for people to come so that people could easily come to worship Lord Shiva, this place has two Shiva lingas, one on top of a cave which Shiva grew. It is said that the old Shiva is about 15 to 20 feet long and in the cave just below it is a Shiva Linga on which the Guru meditated.

Distance to Some Nearest city:-

Kailash cave is full of natural beauty, peace of mind and the rustle of trees and trees gets absorbed in Shiva, Kailash cave has banana trees all around and there are many monkeys here too. There are many waterfalls in Kailash cave, there is a big waterfall named Alaknanda Water Fall, it is very beautiful and the sound of water falling here brings a lot of peace in the mind.

The most special thing about this cave is that the water flows in this cave throughout the year, while there is no water source above the cave, it often happens that whoever comes here to worship here is definitely a lot of water here Gets wet This cave used to be looked after by Ghira Guru Ji Maharaj and his associates. Nowadays Samarbar is being held by Sanskrit Mahavidyalaya, on the way to Kailash cave, there is a village called Samarbar at Janha Sanskrit Mahavidyalaya. This is also the home of Ghira Guru.

Every year a fair is held in the Kailash cave on the night of Shiva and people come from far and wide to visit God. This fair runs for two to three days. Kailash cave is also known as Chhota Baba Dham because every year a fair is held here every month during the month of Sawan and all the devotees from around the world take the Kavar and travel on foot to send water to Lord Shiva. People from different sides come here on Monday around the month of Sawan month, Bagicha, Ambikapur, Raigarh, etc.

How to arrive in Kailash Cave

Some clips of Kailash cave